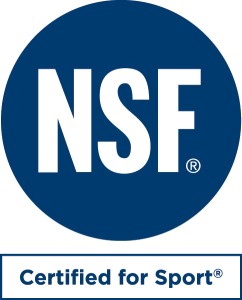 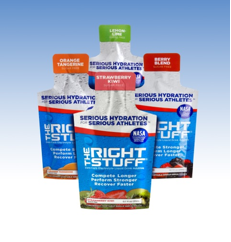 The Right Stuff is an electrolyte, liquid-concentrate, drink additive developed by NASA for astronauts and those that work hard and sweat a lot. It contains NO sugar, carbohydrates, stimulants, added colors, artificial flavors plus NO gluten, dairy, nuts, meat or shellfish.

The Right Stuff was developed because astronauts suffer severe dehydration when they come back into the gravity of Earth. So, NASA spent over a decade conducting clinical studies to create the optimal formula. The Right Stuff is clinically shown to be the most effective hydration formula for use by astronauts and people here on Earth.

WHO IS THE RIGHT STUFF FOR?

The Right Stuff is most valuable for those who compete hard and/or in high heat settings. It is especially valuable for heavy/salty sweaters, athletes that are susceptible to cramps and other effects of dehydration, and athletes trying to increase their endurance as well as those that are trying to recover more quickly.

HOW DO YOU TAKE THE RIGHT STUFF?

Drink in a bottle of water (at least 16 fl oz) with the contents of a pouch of The Right Stuff 30-45 minutes prior to starting your activities (don't slam it). It is also to be used during training and competition and after for rebalancing electrolytes. It can be used throughout the day as needed. The NASA studies show that it fights the symptoms of dehydration before, during and after exertion.

HOW IS IT DIFFERENT THAN SPORTS DRINKS OR WATER?

Based on numerous published studies, The Right Stuff is far superior for:

WHO ALREADY USES IT?

HOW DOES IT WORK?

The NASA-developed high-concentration, blend of electrolytes with no sugar or carbs goes into your bloodstream more rapidly than any other NASA-tested formula. It protects athletes more quickly from dehydration symptoms AND then protects you longer! Plus, it has been scientifically shown to be a great aid in fight the negative effects of jet lag and altitude.

“I was introduced to The Right Stuff during my quest to conquer the Leadville CO series in 2009.  I used it during the 50 mile mountain bike ride and was pleasantly surprised by not only the light taste but the effectiveness of delivery. This is crucial for me because I have a high sweat rate and need around 1000-1200 milligrams of sodium per hour. The liquid delivery system is quick, easy and most importantly, it allows me to take the guesswork out of my sodium needs. This is just what this ultrarunner, triathlete and sport dietitian needs to strive for optimal performance!”

"For years I have been searching for a product to successfully battle the July and August conditions on the baseball field. I finally found that product and have never felt better. Thank you The Right Stuff. "

“When I get strapped behind the wheel of my NASCAR vehicle that reaches over 200 mph, I need to be alert and on top of my game constantly.  Hydration is a huge part of our sport with temperatures well above 120 degrees inside the race car, and preventing dehydration can be very difficult.  I lose up to 10 pounds over the period of a 500 mile race. The Right Stuff is the first hydration product that I have used that keeps me at peak performance throughout the entire race.  I use The Right Stuff before, during and especially after to help me recover."

“When you're running in some of the harshest, hottest conditions on the planet, it is essential to stay hydrated.  My coach and Sports Dietitian Bob Seebohar introduced me to The Right Stuff after I completed the Atacama Desert. The Right Stuff was literally a game-changer for me.  Not only did it keep me hydrated, without cramps and with more energy, but it took the mind game out of the equation. I was literally freed up to concentrate on the trail ahead of me, just adding a serving into my water bottles at each check point.  The Right Stuff is always part of my kit no matter what race I'm entered into.  I have and will continue to promote the benefits of The Right Stuff to anyone who'll listen to me.  So, send me to the first race on the moon and The Right Stuff will be there with me!"