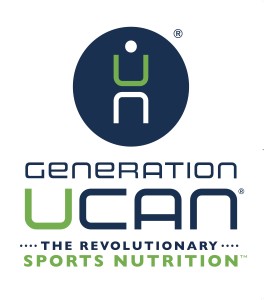 Generation UCAN: Revolutionary Sports Nutrition
We're the next generation of healthy energy powered by SuperStarch - a revolutionary carbohydrate that's improving the performance of elite athletes, providing everyday athletes with healthy energy for workouts, even assisting children with a rare condition. We're changing the face of sports nutrition and creating a new generation of champions who care about winning the healthy way. While the fast-acting carbs in most sports drinks (simple sugars, maltodextrin) cause highs and lows in energy and prevent the body from accessing stored fat for fuel, SuperStarch is a natural, slow-burning carbohydrate that stabilizes blood sugar and minimizes insulin response. UCAN's drink mix delivers several scientifically validated benefits:

"It doesn't matter the age, athlete or sport. Using Generation UCAN to stabilize blood sugar and teach your body to burn more fat is the real deal for any athletic and health-conscious individual."
--Bob Seebohar, MS, RD, CSSD, CSCS, 2008 U.S. Olympic Sports Dietitian
"SuperStarch represents a major advancement and is legitimately the most exciting development in sports nutrition this century. It provides a carbohydrate source without blocking the ability to burn fat."
--Dr. Jeff Volek, PhD, Leading Low-Carb Researcher

Our Vision
Generation UCAN is an idea, a feeling, an attitude, a fresh perspective. We are a new generation with a 'Today's the Day' mentality.

Our vision is simple: Provide a healthy energy source for athletes of all levels so they can achieve their very best. It doesn't stop there. We intend to empower minds and prove that "can't" is a thing of the past. After that, we plan to host charitable fundraisers, tackle childhood obesity and stick a flag on Mars.

We believe YOU - the next generation of superstars - can benefit from the same sports nutrition that pros like Mardy Fish, Meb Keflezighi, Amy Yoder Begley, Vince Wilfork and other professional, Olympic, and collegiate athletes and teams have already embraced.

Our vision is inspired by a young boy's need for healthy energy, and that led us to create a new scientifically proven energy source called Superstarch - the only carbohydrate of its kind that delivers sustained energy, helps you burn fat, lets you recover efficiently, and allows you to perform at your peak. We're redefining the world of sports and fitness with natural, safe and healthy nutrition. Our products question the existing approach and inspire a new generation to compete at their fullest ability and triumph the healthy way.

Read our story and discover the revolutionary science behind Superstarch to see how we are changing the world of consumer nutrition. Order a sample pack and begin training like the pro we know UCAN be. UCAN WITH UCAN!

UCAN IN THE PRESS

“The term, ‘accidental art,’ which describes instances where masterpieces are created more out of chance, is the case with the origins of Generation UCAN, as the quest for a slower metabolized starch started with a boy named Jonah and a rare disease in which his body can’t naturally produce glucose."

"Instead of reaching for a sports drink or caffeinated energy beverage, try Generation UCAN's powdered drink mix. “Most sports drinks tend to spike your blood sugar and then drop it really quickly because they’re made of simple sugars like glucose or sucrose,” says Tara Mardigan, RD, the nutritionist to the Boston Red Sox. “The complex carbohydrates in Generation UCAN provide sustained energy without being hard to digest like high fiber foods.” It also stabilizes blood sugar so your body can burn stored fat for fuel."

“While you plow your way through seven-layer dip and a pile of wings this Super Bowl Sunday, you can bet that the Patriots will be fueling up, too. Only they’ll be taking a far more scientific approach. You might even say they have a secret weapon. Its name: super starch.”